Improve Your Game By Learning From The Best

The Farm is the largest indoor baseball and softball training facility in Santa Clarita. But besides being an incredible facility, we offer classes, clinics and lessons for both baseball and softball. Our in-house coaches bring years of professional experience to “the plate” but we also welcome guest coaches and instructors as well. Weekly classes start at $20 per player. 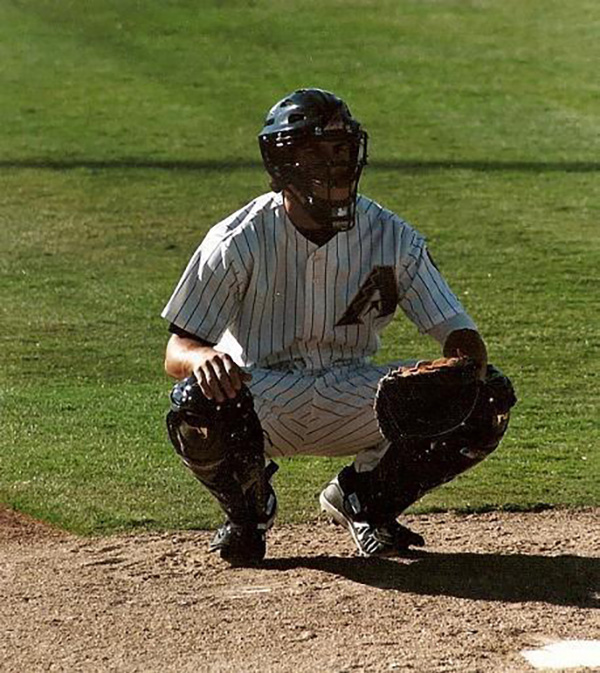 Phil Avlas spent seven years in the Arizona Diamondbacks organization. He was also a Cal League All Star catcher for the Lancaster Jethawks, leading the league with 106 games and 13 home runs.

Phil Avlas is a native of Southern California growing up in the San Fernando Valley. Phil played at Kennedy High School during his high school years. In 2000, Phil was part of the Kennedy HS baseball team that won the LA City Championship at Dodger Stadium. That same year, Phil earned co-player of the year in the City Section while posting a .471 avg. with 36 RBI’s.

In 2001, Phil was drafted in the 24th round by the Arizona Diamondbacks as a catcher. Phil spent seven years in the Diamondbacks organization. In 2004, Phil was a Cal League All Star catcher for the Lancaster Jethawks, lead the league with 106 games behind the plate and posted a .315 avg. with 13 home runs and 68 RBI’s.

In 2005, Phil was a part of the Championship Phoenix Desert Dogs of the Arizona Fall League. While finishing his last year with the Diamondbacks in AAA Tucson, Phil posted a .294 avg.

Phil spent two years playing Independent Ball with the Joliet Jackhammers of the Northern League and for the Na Koa Ikaika Maui in the Golden League.

After his stint playing professional ball, Phil coached at Viewpoint High School in Calabasas from 2010-2012. Phil also develops players for multiple academies and have been involved with travel baseball for many years. Phil has the desire and the passion for teaching and developing young talent. Phil currently resides in Santa Clarita Valley with his family. 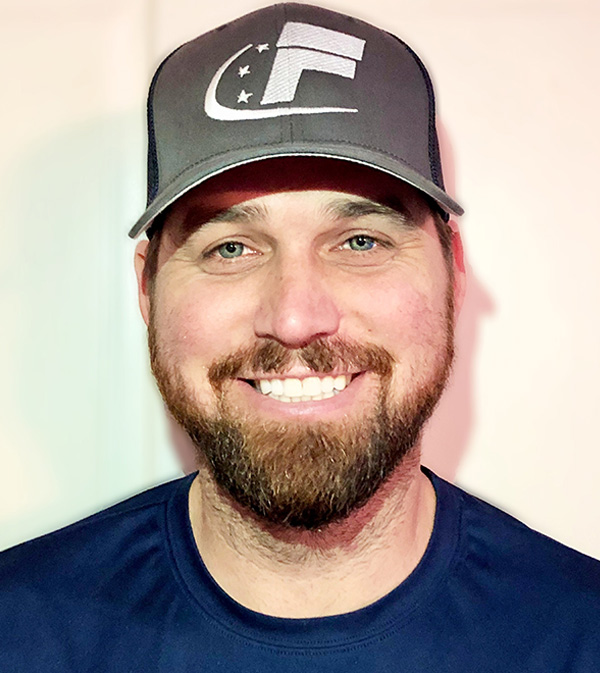 While playing with the World Series Champions at Cal State Fullerton, John Curtis was drafted by the Cleveland Indians, Anaheim Angels and Chicago White Socks, where he spent four years in the organization.

Born and raised in Southern California, John Curtis went to Hart High School and played baseball. He earned All-League Honors as a catcher and 1st baseman in 2001 & 2002.

In 2002 John was recruited as a catcher for Cal State Fullerton which is known as one of the top collegiate baseball programs in the country. He played 4 seasons for the Titans achieving 1st and 2nd team Big West Honors 2005-2007. While with CSUF, John played in 3 College World Series in Omaha Nebraska (2004,2006, &2007) and was a member of the 2004 College World Series National Championship team. John graduated with his Bachelors of Arts degree in Criminal Justice in 2007.

During his time at CSUF John was drafted 3 times: 2005 Cleveland Indians (29th round), 2006 Anaheim Angels (24th round), and 2007 Chicago White Sox (14th round). He spent 4 years in the White Sox organization. John was a South Atlantic League All-Star Catcher in 2009. In 2011, John played with the Houston Astros Organization playing for their High A, AA and AAA teams.

John’s finished baseball in 2012 due to a shoulder injury. Since his career ended in 2012, he has been actively developing players from local high schools and baseball academies. Currently, John currently resides in Castaic with his family. 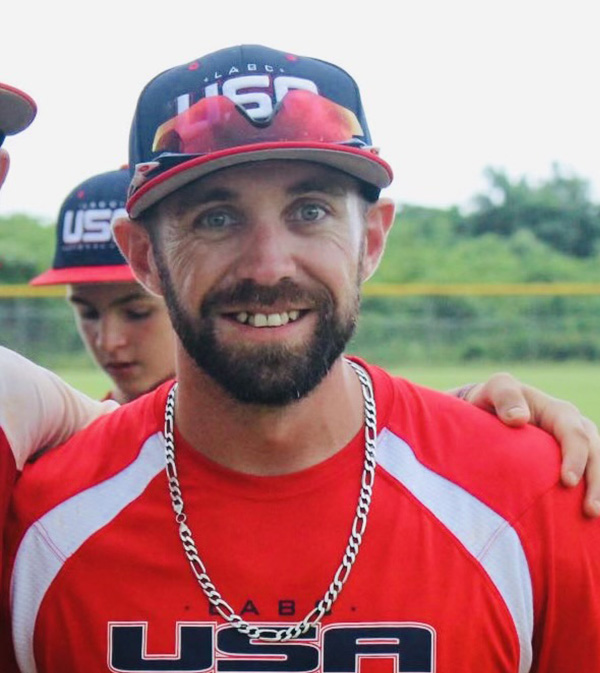 Marc Kennedy graduated from San Diego State University with a degree in Sociology. After graduating, he moved to Santa Clarita Valley in 2007 and has been coaching ever since.

Marc Kennedy graduated from San Diego State University with a degree in Sociology. After graduating, he moved to Santa Clarita Valley in 2007 and has been coaching ever since. Currently one of the head player developers for ASAP Baseball Academy and Prospect United SoCal, he is a well-known and respected private instructor in the area. Coach Kennedy also has experience coaching internationally. In 2017 and 2018, his 14U teams medaled three times including back to back gold finishes in the Latin American Baseball Classic played in the Dominican Republic. His approach to pitching is movement based, focusing on teaching efficiency in the delivery on an individual basis, with a big emphasis on pitch design and injury prevention. 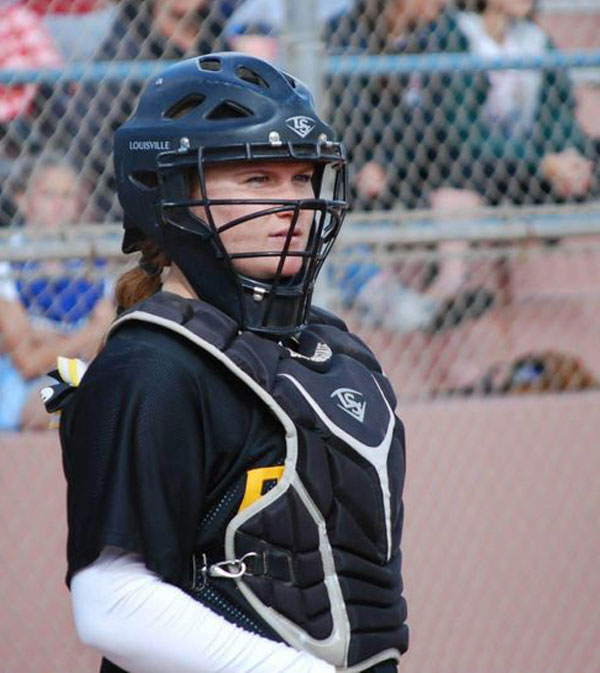 Lauren Lombardi is the daughter of former MLB pro Phil Lombardi. Throughout her life, he coached her to be just like him: a prominent force behind the plate and in the box.

Lauren Lombardi is the daughter of former MLB pro Phil Lombardi. Throughout her life, he coached her to be just like him: a prominent force behind the plate and in the box. She earned a full ride scholarship to CSU Long Beach and has been instructing players for several years.

Lauren grew up playing with her sister Julia in the William S. Hart Baseball & Softball Pony League, whose All-Star team won the 2006 ASA Nationals B rank title. Lauren earned the nickname “Rhino” because her father believed a good catcher must always be tough like one. The name would stick for her entire career.

From there, she played for prominent travel ball organizations like Mizuno Pride and SoCal 3D. She attended West Ranch High School and played a major role in two league titles. In the fall of 2011, during her Junior year, several schools attempted to recruit Lauren as a power-hitting catcher. She decided on the D1 University, CSU Long Beach. Her sister would later commit to the same school.

Lauren, as a freshman, led her team to victory as the 2014 Big West Champions, thanks to her grand slam in the deciding game. Lauren’s career faced setbacks with recurring knee injuries, but that didn’t stop her from solidifying her spot in several top-10 school records, including: single-season RBI’s (#1), career home runs (#7), career grand slams (#1), and career batting average (#2), among others. She earned many honors during her time, but none so unique as the Bill Bovee Determination Award, which was granted to her during the university’s Hall of Fame Awards Ceremony in 2019.

After college, Lauren was quick to continue her work in softball. With a few years of private lessons under her belt, she used her Education degree to pursue coaching and coaching-adjacent work instead. She took on the role as program manager, then director, for the Natasha Watley Foundation. Lauren worked alongside the former Olympic medalist to provide low-cost and free playing/training options for the underserved youth of Los Angeles. During this time, she also accepted a position as program manager and lead instructor for Softball University (first in Redondo Beach, then Thousand Oaks). Lauren loved the work she did with the players in these communities.

In May of 2021, Lauren lost her father to brain cancer. She decided to move home to SCV to be with family. The opportunity to honor her father’s legacy arose. Now, Lauren plans to coach at West Ranch High School and train players locally at The Farm. She’s a big believer of elevating the individual strengths of each player and knows what it takes to “Play Like A Rhino.” 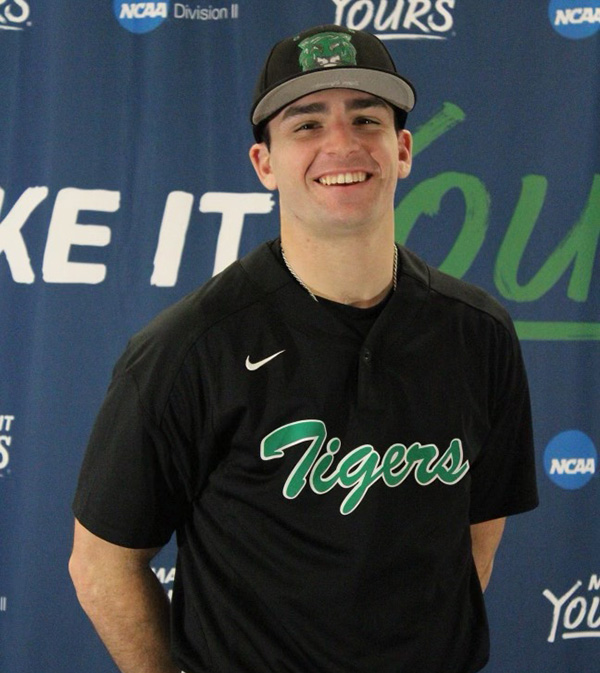 Jimmy was listed in a national baseball publication as a player to watch in Division II baseball. He was also invited to play for the Great Bend Bat Cats in the prestigious Kansas Jayhawk league.

Jimmy Cramer began his baseball career 20 minutes from Dodger Stadium in Glendale/Burbank California. He played as an outfielder for the Burroughs High School baseball team before moving on to Pasadena City College. From there he was recruited and played at Salem University in West Virginia.

In 2017 he was ranked 50th in the nation for batting average of all Division II baseball players in the country. That summer he played in the Ohio Valley Summer League in Kentucky where he won the strongest arm competition at that year‘s All-Star game.

In 2018 he led his Salem University team in batting average and on base percentage and was listed in a national baseball publication as a player to watch in Division II baseball. Following that season, he was invited to play for the Great Bend Bat Cats in the prestigious Kansas Jayhawk league who’s alumni include Albert Pujols, Barry Bonds and Roger Clemens. In his first two games he batted over .500 with two home runs, seven RBIs and two stolen bases. In the third game a high inside fastball broke his left hand and he flew home the next morning do you have surgery with Dr. David Hayes of the Kerlan-Jobe Institute in Anaheim California.

In 2019 he graduated from Salem University with a degree in Business Administration with an emphasis in sports management. That summer he was invited back to play in the NBC World Series for the Haysville Aviators.

The pandemic then, unfortunately, put a pause on his baseball future and he returned home to Southern California where he began his career as a hitting coach helping young players achieve their baseball dreams. 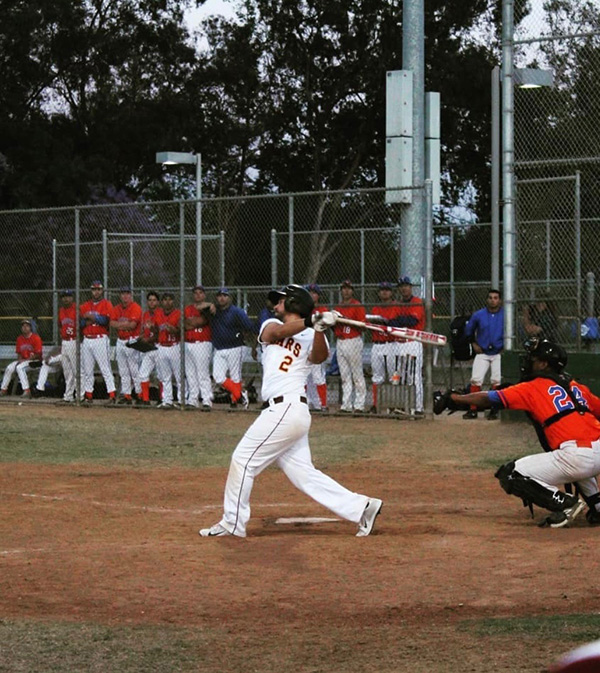 Cody has been coaching athletes from the range of elementary school to minor leaguers. Recently he has trained D1, minor league and major league players at the OC Elite Baseball facility.

Cody Van-Es received a scholarship and graduated from Bristol University with a bachelor’s degree in Business Administration. After graduating from college, he pursued his dream and played independent professional baseball for one season until and injury prevented him from playing. Ever since then Cody has been coaching athletes from the range of elementary school all the way to minor leaguers. Recently he has trained D1, minor league and major league players at the OC Elite Baseball facility in So Cal. Along with private baseball training, he has coached at Village Christian High school, baseball academies and baseball camps for the Los Angeles Dodgers and for the University of California Irvine. Coach Cody has been training players and teams for more than 10 years now and instructs in all aspects of the game such as infield, hitting, pitching and the mental part of the game.

Let us know what kind of lesson or special practice you need. We’ll do our best to hook you up.
Lesson prices vary by Coach experience and player level.